Important Changes to the Illinois Freedom to Work Act 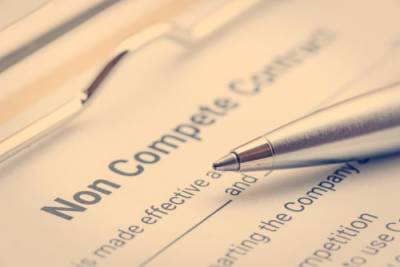 The first of the year often means New Year’s resolutions for many people. In Illinois, the first of the year also often means new laws and amendments to existing laws that were voted in by state lawmakers and signed by the governor go into effect. That is exactly the case with Senate Bill 672 (SB 672). This new law – which takes effect January 1, 2022 - amends the Illinois Freedom to Work Act, specifically in the area of noncompete and nonsolicitation agreements.

The Illinois Freedom to Work Act

The Illinois Freedom to Work Act, which went into effect in January 2017, stated that employers were barred from requiring “low-wage” employees to enter into noncompete agreements. The law also stated that these agreements would be deemed illegal and void.

In the original law, a low-wage employee was classified as any employee who earned the greater of the following categories:

The new amendment to the law going into effect on January 1 significantly increases the wages of affected employees. With the new amendment, it will be illegal for any employer to require an employee who earns less than $75,000 per year to sign a noncompete agreement.

The amendment also addresses the issue of nonsolicitation agreements, which was not addressed in the original 2017 Act. Now, it will be illegal for an employer to require an employee earning less than $45,000 per year to sign this type of agreement.

Lawmakers also provided additional protections to employees who have been laid off, furloughed, or terminated because of COVID-19 or other similar situations. In these circumstances, an employer cannot require an employee to sign a noncompete or non-solicitation agreement unless the contract includes compensation equal to the employee’s base salary (at the time they were let go) for the period the agreement is in effect. Any wage from employment the employee does earn from other employment during this time will be deducted from this amount.

The amendment only applies to these two types of employee covenants. It does not apply to confidentiality, nondisclosure, or other types of agreements. An Illinois employment law attorney can verify if the type of agreement you require of your employees is a legal one under the new amendment.

In addition to the amendments, lawmakers also included other changes to the Act. Every employee now has mandatory attorney fees rights if their employer takes legal action against them to enforce an agreement, and the employer loses that action.

The new changes also authorize the Illinois Attorney General to investigate any employer and/or take appropriate civil action if that employer engages in any practice that is prohibited under the Freedom to Work Act. The employer faces the following penalties if found guilty:

If you are an employer and have questions regarding these new changes or any other Illinois employment law issues, contact The Miller Law Firm, P.C. at 847-995-1205 to schedule a free consultation with a skilled Schaumburg, IL employment law attorney.