Voters in Illinois to Have Say in Raising Minimum Wage 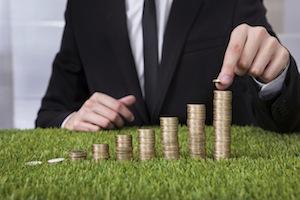 In recent years, the debate surrounding raising the minimum wage is one that has been raging at both the federal and state levels. And in late June, the Chicago Defender reported that Governor Pat Quinn signed a House Bill allowing voters to “make their voices heard on an important issue that would benefit hundreds of thousands of working people across Illinois.”

Supporters of raising the minimum wage claim that it will help American families who are strapped for cash and are having difficulty making ends meet. However, critics of the law claim that it will strap small businesses with unreasonable expectations and stagnate the job market and economic growth.

The question that will be added to the November ballot in Illinois is, “Shall the minimum wage in Illinois for adults over the age of 18 be raised to $10 per hour by January 1, 2015?” Voters will have the opportunity to voice their opinion, which, if the responses are affirmative, will likely result in a state bill being proposed to raise the minimum wage statewide. The initiative is supported by several human rights organizations, including the Chicago Coalition for the Homeless, the Sargent Shriver National Center on Poverty Law, and the Illinois Federation of Teachers, according to the Chicago Defender.

Many large international companies recently raised their minimum wage in the U.S., regardless of whether or not they were required to do so by the state or federal laws. The Gap announced in late June that it would raise the minimum wage for its employees from $9 to $10 an hour. The CEO told CBS News that because the retail industry is becoming ever more complex, he wanted to be able to attract employees who could meet industry demands. “Our instincts are that when it is all said and done, this is a race for talent,” he told CBS. He believes that raising the minimum wage will not hurt his business, but will help to propel it into the future by staying relevant and attracting intelligent, talented employees.

If you own a small business in Illinois and are curious about how a mandatory minimum wage raise would affect you, seek the counsel of a Cook County employment attorney. Contact The Miller Law Firm, P.C. for a consultation today.